Recently we used Hetzners new vSwitch subnets to start adding dedicated servers to one of our Kubernetes Clusters. Especially for CI workloads where we don't need persistent storage, this is really cost-effective, as we could basically replace 4 other worker nodes with a single cheaper node.

Upon spawning the first GitLab runner pods on the new node things went south: We saw random build failures bubbling up in jobs that didn't fail for ages:

I already wasted a considerable amount of hours to this issue when we spawned our first Cluster at Hetzner cloud a few years ago, so I assumed this wouldn't be MTU issues again.

Well, turns out: I was wrong.

Up until now we where running homogenous clusters of hcloud nodes connected via a private subnet:

A factor that I worked around already by reducing the Docker in Docker MTU to 1450. So now let's have a look at the new dedicated node:

See that pesky 50 byte difference? Only a few hours of debugging later… 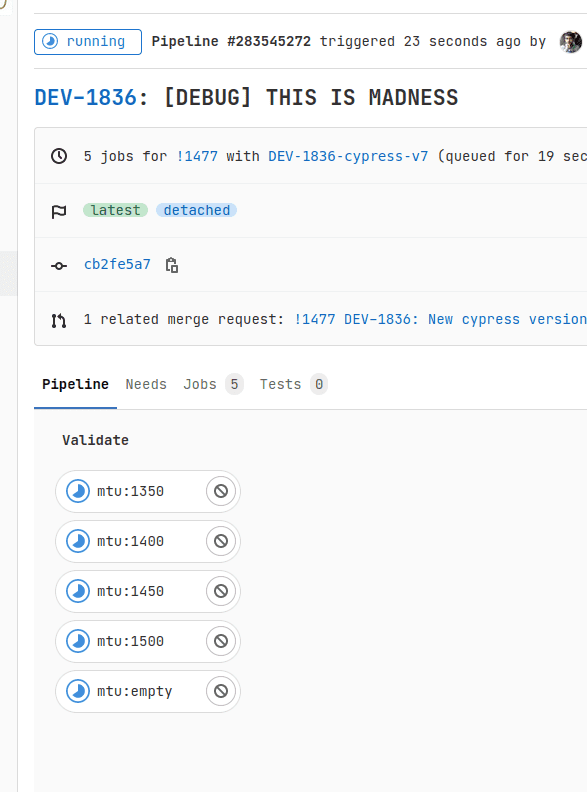 …I can assure you that it made all the difference.

Since the GitLab Kubernetes runner needs to connect the build and svc-0 container via the CNI (Canal in our case) we have to make sure the MTUs match up.

tl;dr reduce the MTU even further

To account for the double-wrapped packages of Hetzners vSwitches, the Kubernetes CNI has to adapt to the lowest common denominator - in this case 1400 - which means that Calico will set it's MTU to 1380.